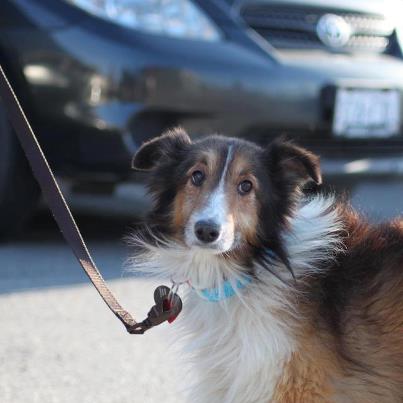 Robin arrived to the rescue on Nov 18 2012 from a high kill shelter in Joplin Missouri, where he was surrendered by his owner at the age of 10. When Robin first arrived in foster care he was very fearful. He also has a slight limp from a broken front leg that healed crooked. It was decided due to his fear and age he would become a permanent foster.

Robin has come a long way from those first fearful days. So much so that in February 2015 Robin starred in a local theatre group’s production “Of Mice & Men” He enjoyed greeting the cast at rehearsals and getting lots of belly rubs. Robin has slowed down a bit but he continues to enjoy getting lots of love and going for walks to meeting new people.